The Village at the Edge of Noon

rights available: all except UK/US 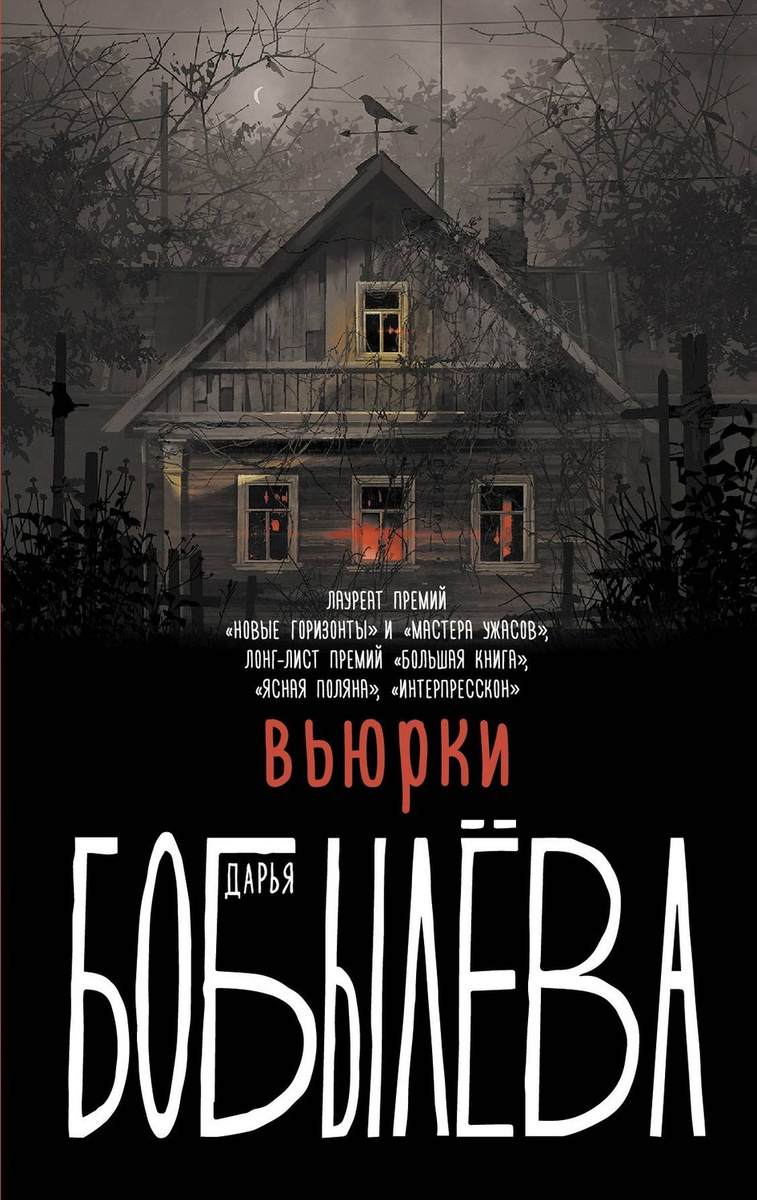 «And after ten and after fifty years „Vyurki“ will look as fresh and at the same time monumental as now.»
DARKER MAGAZINE

«The horror here does not lie in the appearance of creepy creatures, nor in the fact that an extreme situation brings out in man all his worst tendencies. The horror is that our zone of control and our scope of action is negligible compared to the territory we do not control.»
DRUZHBA NARODOV

Vyurki – The Village at the Edge of Noon

Bad things happen in the Vyurki dacha settlement: cats suddenly jump through the air and scratch their owners until they bleed, nettles overgrow whole gardens and houses in one night. People are disappearing: some went to the forest just to pick mushrooms, some went to the river to swim – nobody comes back. And whoever returns resembles a zombie with animal appetites and blind eyes. Leaving the village is impossible: everyone who tried has disappeared. Telephone, radio, television and clocks no longer work. Time has stood still as eternal summer that, like a black hole, no longer lets anyone in or out.
Of all the local residents, only the strange girl Katya, a silent lonely fisherwoman, seems to roughly understand what is happening in Vyurki and what sins residents are paying for. Romochka, who is considered the village idiot, is the only one besides Katja who apparently also sees the ghosts, but cannot resist their call and voluntarily goes into the water.
At first it seems as if only local river and forest spirits are up to mischief in the dacha village, which could perhaps be appeased with the help of local magic spells and incantations. River elves, goblins, earth monsters made of branches and roots, burning brooms, wandering trees, giant leeches, a walking flame. But little by little the residents of the dacha themselves show strange tendencies. Is it that unbearable howling sound that turns everyone‘s dark side of character inside out? Suddenly, dear neighbors seem stranger than the guest-worker caretaker who was never really accepted in the settlement: the businessman‘s family, who have cut themselves off from the entire cooperative in his manor house, now aggressively barricade themselves in; a pensioner hoarding food now burrows like a mole into the storage cellars of the other dachas; the Soviet plaster statues of a collector-loving pensioner suddenly come to life; and the schoolgirl Yuki not only seems to have inherited her Gothic amulet from her grandmother. Or does the reader already only encounter their undead revenants, who chop off fingers, bite off hands and in the end eat entire people?
It turns out to be a good example of an action-horror thriller with an obligatory love spell… then we finally get to know where all these creatures are from, but that doesn‘t make it any easier – by this point the residents of the village are already so crazy, that they are willing to kill each other. Vyurki reads both as a parable about the current state of mind and morals in a world gone mad by all sorts of civilizational and ecological pressures, as well as a parable about the basic evil woven into every single human being.