The Courtyard on the Brink of Midnight

rights available: all except UK/US 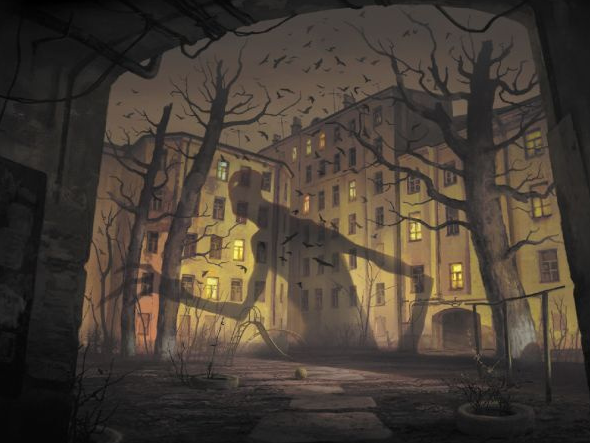 «A real “Russian horror book”: joyless, full of despair and tenderness … The novel is a whole, but it consists of many parts, and each part, each individual element, can be viewed for a long time and reread several times. Images from different times that twist and enchant in a kaleidoscope of events… There are no limits to despair and death… Impossible to tear yourself away from the book.»
DARKER MAGAZINE

«OUR YARD is about not turning a blind eye to some things or it will only make things worse for everyone – both those who turn a blind eye and those who happen to stand by.»
FANTLAB.RU

«The stories of Darya Bobyleva immediately bring back memories of that sweet, sleepy childish horror when a first shadow fell on the then rock-solid belief in one’s own protection, in being shielded from the power of evil.»
MEDUZA (Galina Yuzefovich)

Nash Dvor – The Courtyard on the Brink of Midnight

An anonymous city courtyard somewhere in Moscow’s old town center – a space that is both open and separated from the outside world by a clear natural boundary. A bakery in the courtyard above, a river below, the garages in the middle and next to them a bird cemetery where the children bury pigeons, rats, hamsters and, with a bit of luck, even a cat. On one side of the courtyard is an elegant, cream-colored Stalin building (famous for its deep and horribly flooded cellars), on the other side a pompous block with a rich mosaic (everything would be fine, if the stout collective farmers and muscular miners pictured in this mosaic did not sometimes come to life at night, and woe to those upon whom they cast their dead eyes). But there are also plainly boring nine-story brick buildings and an unhygienic two-story brick shack inhabited by a poltergeist. Behind the houses is a duckweed-covered pond full of tadpoles, behind it a boarding school for mentally handicapped children (in whose catacombs the abbot of the neighboring monastery, who went underground in the civil war and rotted there, still celebrates black masses). The theater‘s infamous „fourth wall“ that separates the spectator from actor does not exactly collapse in the novel, but rather creeps and ripples, becoming dangerous and disturbingly porous – just like the mirror from which a sinister mummer stares at the novel‘s heroes. Such neighborhoods are often dangerous, but for a while the sides are in a delicate balance, thanks to an all-female family of fortune tellers living in the corner house. With the help of unusual tarot cards, they understand and explain what is happening in the yard. The fortune tellers are unpopular and considered either witches or charlatans, but as soon as something inexplicable is suspected, everyone rushes to them for help.