The Adventures of Molly Blackwater 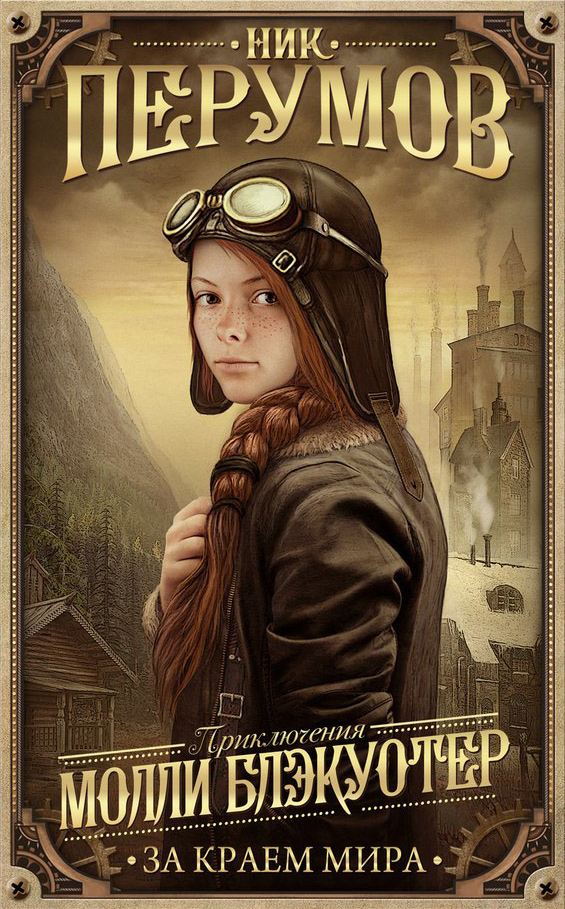 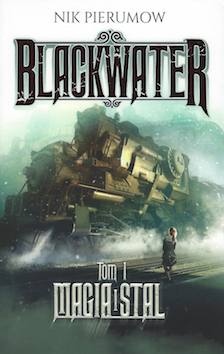 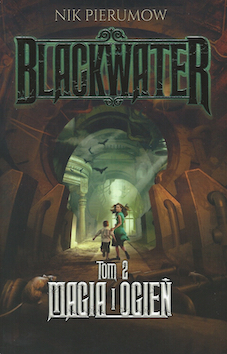 Vol. 1 Beyond the Edge of the World
Eksmo 2016, 448 pages
Coal furnaces are flaming in the Empire, steam is moving pistons and all the mashines, monitors are plowing high seas and huge armored trains are thundering down the tracks. Empire needs a lot a raw materials, and it is pushing away from their lands northern barbarians-Rooskies, whose domain became linked to the Empire by a terrible Cataclysm. Steam is a blessing for the Empire and Magic is a curse. Magic is unpredictable and extremely dangerous, it will burn a human being from inside and the final explosion will kill everyone nearby. This is why a Special Department was created in the Empire, detaining dangerous “malefic” magical people before they can do too much harm. And what can you do, if you are only twelve, and magic is suddenly strong in you and there is no way to escape this malady? Well, there is just one, who knows, but he is only a barbarian boy, taken prisoner by the Empire. So what can do now Miss Mollyner Evergreen Blackwater, young girl from a family of a well-respected medical doctor?

Vol. 2 Steel, Steam and Magic
Eksmo 2016, 480 pages
Molly Blackwater comes home from “beyond the edge of the world”, armed with knowledge and spells of magic, which makes her “the enemy of the state”. She is arrested and taken to the depths of the Special Department. Will she be able to outsmart the Department and its leader, mysterious Lord Spencer, who also are in possession of some special powers? This is the only way to save her friends, her family and herself. Molly’s battlefield now is her hometown of Nord York, with its riches and poverty and secret underground caverns. Not only thugs from the Special Department are against her now, but those who can destroy the magic itself!

Vol. 3 Blood Island
Eksmo 2017
Molly Blackwater is taken to the Blood Island where she must pass a mysterious ‘initiation’ into ranks of the Empire’s nobility. Yarina the Shapeshifter is accompanying her in secret. On the island Molly discovers that the energy of a dying “malefics” is utilized and absorbed by “anti-magic” Earls, Viscounts, Marquises and Dukes, working as a healing and life-prolonging feature. To be ‘initiated’ Molly has to kill her own friend. She finds out that all the nobles are some sort of vampires, preying on ‘magical’ people. This gives the nobility huge advantages, they are the mainstay of the Empire’s successes. Molly has to fight her way out of that Island and solve the last riddle, the real reason for the bloody war between the barbarians and the Empire. She must found the case and destroy it.