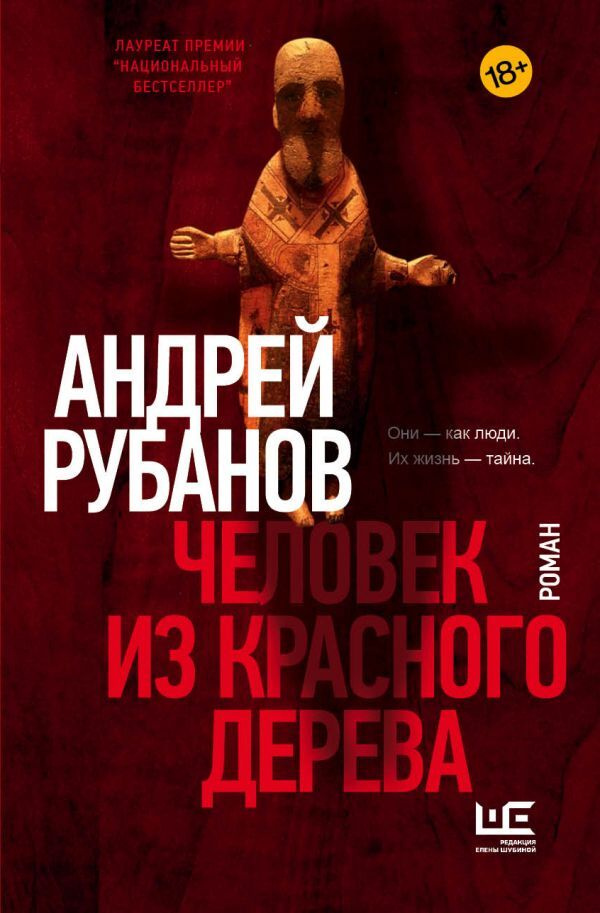 «Antip‘s memories, which sketch the historical catastrophes of Russia as the misfortunes of an anthropomorphic other, are very original. This novel can be put on a par with Sorokin‘s “Ice-trilogy” or Neil Gaiman‘s “American Gods” … Especially I would also like to emphasi- ze the depth with which Rubanov devotes himself to the topic, the breadth of his point of view and the relevance of his presentation.»
NATSBEST
«The new book by Andrei Rubanov … is a successful novel of ideas that questions the values and spiritual identity of people at the begin- ning of the 21st century.»
GORKY
«The pages of the novel about the wooden girl Dunja, Antip‘s unwanted daughter, are extremely exciting, and Rubanov should definitely write a continuation of her fate.»
NOVY MIR

The facts: After the christianization of Russia, old Russian wooden sculptures derived from Slavic pagan statues were still allowed in churches for a while. Finally, in 1722, the Orthodox Church banned all three-dimensional images of saints. During the Petrine period, almost all wooden figures were removed from the churches and destroyed: chopped up or burned.
The fiction: some statues, hidden by fanatical followers, escaped this „genocide“ and either came to life independently or were breathed into life by others in a secret ritual. These wooden people do not get sick, can see well in the dark, do not grow old and do not die, they can only burn or die of an unhealed crack. Their conspiratorial activity consists mainly in maintaining and increasing their own people.
Antip, the main character, made of wood and brought to life 299 years ago, has been restoring the bodies of statues over the centuries and preparing them for the rite of „awakening“ in addition to his camouflage occupations as ship builder, railroad slee- per producer and now cabinet maker. Most recently, he stole the head of an almost 1,000 year old pagan idol, soaked in sacrificial blood, fear and pain, from the famous historian Voroshilov, who owes his academic career to the wooden people. Without a head there is no awakening. Since the break-in, Antip has been harassed and hunted by the police as well as by an academic mafia that deals in fake figures. Something goes wrong during the awakening: not only does the pagan idol come to life, but also a small figure carved only as a model. Suddenly Antip has a kind of daughter and he is beset by human emotions. And the more Antip feels like a person, the more he is seduced by worldly temptations, the more he deviates from the original path and commits more sins: from more harmless to deadly ones.
Rubanov‘s novel is one of the few in this genre where a (wooden) “homunculus” him- self tells the story of his life. In a kind of magical realism, we learn from his three hund- red years of life, built as flashbacks within the action in the present and now, in which all the evil that weighs on him, as well as the new love that uplifts him, is approaching an inevitable culmination point.