rights available: all except Czech, Germany, Italy, Poland, US 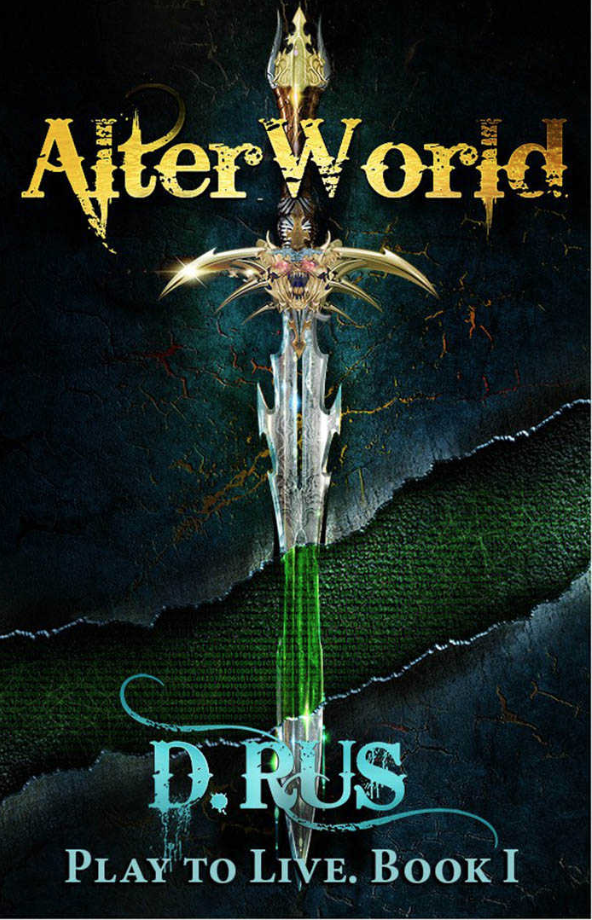 A new pandemic – the perma effect – has taken over Earth of the near future. Whenever you play your favorite online game, beware: your mind might merge with the virtual world and dump its comatose host. Woe be to those stuck forever in Tetris! And still they’re the lucky ones compared to those burning alive eternally within the scorched hulls of tank simulators.
But some unfortunates – the handicapped and the terminally ill, shell-shocked army vets, wronged crime victims and other society misfits – choose to flee real life willingly, escaping to the limitless world of online sword and sorcery MMORPGs.
Once a seasoned gamer and now a terminal cancer patient, Max grasps at this final chance to preserve his life and identity. So he goes for it – goes for the promise of immortality shared with a few trusty friends and the woman he loves. Together they roam the roads of AlterWorld and sample its agony and ecstasy born of absolute freedom.

Once a seasoned gamer, Max has cheated fate swapping his dying body for an immortal avatar in the world of sword and sorcery MMORPGs. He joins the ranks of a new race of people: perma players, forever stuck in the virtual castles and cities of AlterWorld. Now they have to obey the ever-changing rules of their new home while learning to live together in peace, love and justice.
But freedom and immortality are a poisoned chalice. Some of Max’s new friends crave power, others become traitors and spies. Soon the first screams of pain fill the virtual world as its freshly-minted slavedrivers and torturers indulge in the absence of law and order. Their crimes provide a constant flow of gold back to their real-world controllers: the power-happy governments plotting to take over AlterWorld’s magic technologies and limitless resources.
What would you do? Would you step aside and watch the magical world turn into the Earth’s dark twin? Or are you strong enough to step in the virtual sharks‘ way?

The perma players‘ new reality gains depth and color. The virtual world has seen its first birth — and its first death. The invisible umbilical cord connecting AlterWorld to Earth grows thinner, and even the Fallen One cannot prevent the looming catastrophe. Could Max have ignored the Russian girl who’d just escaped slavery in a virtual China? Could he have turned a deaf ear to her pleas as the desperate fugitive clutched at straws on hearing her native tongue?
All this triggers a full-blown confrontation, sending armies of thousands into battle in the heart of the Frontier, burning kilotons of mana, melting desert sands and hacking through impervious mithril armor. The two nations‘ furious war cries obscure the sky as the Gods shudder at humans‘ desperate cruelty.