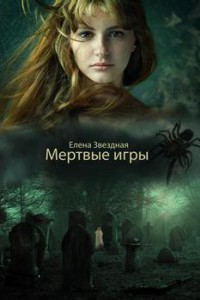 The Mortal Games are the most exciting event in all seven realms – conceived in the Realm of Necros where the darkest of magicians learn their craft. Magicians so dangerous and vindictive, specializing in black humour and fighting so mercilessly, that the evil fame of their deeds still frightens the populace years later. And it is precisely at these games where it all began. It was not enough that the artefact magician Ria Karo happened to became a student at the Academy of Necromancy and then attract the attention of Nort Dastel, the best of the graduates and one who is endowed with an exceptionally necromantic character. As an encore to her victory in the games someone unknown tries yet again to kill her. And that with the Royal Mortal Games due to commence – a competition where the impure take on the necromancers on equal terms. Ria must also take part. The Warriors of Darkness and her opponent will kill themselves laughing! That is, always assuming she survives to see this day…

Vol. 2 Secret Rituals
Eksmo 2015, 270 pages
The day of the Royal Mortal Games is rapidly approaching. The team training is becoming harder and harder. The attempts to filter out the weakest link are getting more ingenious. What everyone is preparing for is no less than the duel between the nominated prince and the true heir to the throne. The fate of the whole kingdom depends on the outcome of this fight.
Ria Karo is desperately trying to produce an artefact to provide the best possible protection and one that will make the Necros team more resilient and stronger. But suddenly a spark of passion flares up between her and the powerful Lord, which could easily turn in to a raging fire. The powerful necromancer will suffer no refusal and is determined to carry his desires through. Will he act against his own House and against the command of the King?