rights available: all except Estonia, Italy 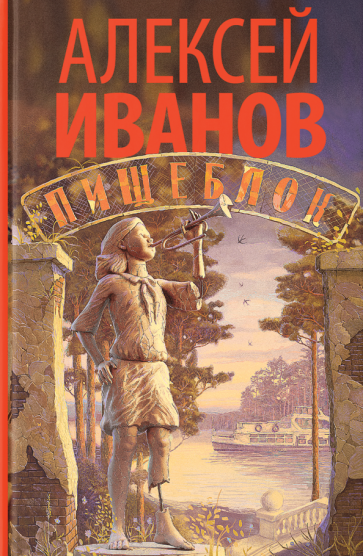 «Ivanov is the Russian Stephen King… Like him, he has written an honest genre novel without postmodern quirks or superfluous winking with the reader.»
AFISHA

«The vampire plot, apparently mechanically incorporated into a retro setting, is not only the plot driving moment, but also very pragmatically expands the target group of the novel to younger readers, who were no longer in a pioneer summer camp, but have seen quite a few B-movies.»
MEDUZA

The children in the camp are all only about twelve years old. They sweeten their camp life with horror stories: there is a prison camp nearby, fleeing prisoners might live in the woods as animal man-eaters; a pensioner lives in an old dacha on the grounds, where there is supposedly a black room in which all those who lived here on the camp grounds before the revolution in an upper-class dacha settlement have disappeared and now haunt as ghosts.

Valerka is the outsider who simply wants to belong, but is bullied. He is the first to see a classmate sucking another‘s blood at night. He thinks it‘s a dream. Only when he becomes a witness again does he entrust himself to Igor. Of course, Igor doesn‘t believe him until he himself gets a vampire visit at night, which he can fend off.

The camp leader strives for discipline, constantly imposes sanctions, but the teasing of the girls and the brutality among the boys continue. Valerka rescues himself in the food shack of Baba Nyura, the old kitchen helper who knows about the vampires because she was once one herself, able to save herself, but has been physically disabled ever since. She knows that the real danger comes from the good pioneers. Their loyalty to the rules seems exemplary, their decency and love of order are perceived as positive qualities, their charm as innate. This is exactly why they remain inconspicuous. Until the next moonrise reveals their true nature.

It turns out that for decades there have been many deaths among former summer camp inmates, but nobody noticed them because the children came from different cities and only died at home later. Who is the leader stratilat who always has to bite 13 children in order to survive the 13 moons of a year until the next summer camp and whose history seems to go back to the Russian Revolution? Igor and Valerka forge a rescuing plan for the closing ceremony, where a campfire will take place on the banks of the Volga. They know that the vampires avoid the river like the devil avoids holy water. They want to drive the leader stratilat into the food shack and star- ve him to death there so that he won‘t survive his lunar time. Otherwise only burning him alive would remain as last option.

A very tricky vampire novel about a highly topical ideological conflict that runs through the entire book on many levels: Independence of thought, dreaminess, the urge for freedom and the attempt to understand our complicated world – as a counterpart to the simple answers and blunt rules that have always been and still are set up, out of laziness of thought or just to enslave people. A novel that is not only straightforward and strong like a wooden post, but also follows the rules of the genre so well, that the reader doesn‘t even notice how he has already been bitten and infected.