rights available: all except Ukraine, UK/US 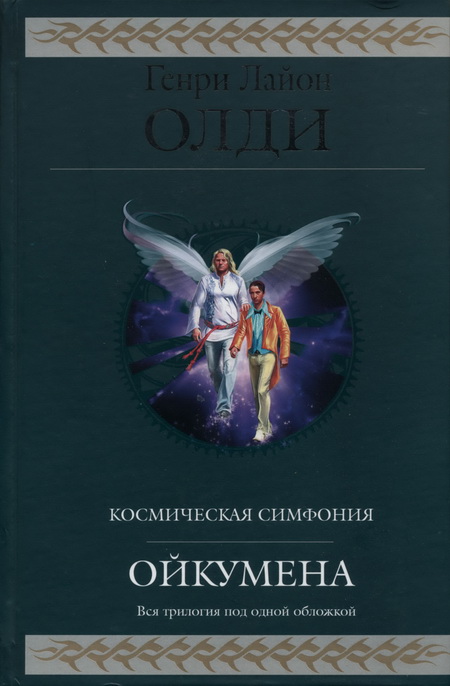 2. Trilogy Urbi et Orbi or To the City and To the World

The main character of the novel is Luchano Borgotta. He was born on Borgo, a planet that belongs to Technologists. Luchano is the director of “The Den,” a traveling theatre troupe specializing in contact impersonation. He and his artists are neurodrivers – people who can mentally influence and completely take over the vocal and motor functions of others.
As a result of a mistake Luchano makes while controlling a powerful client, he is arrested, tried, and convicted of a crime. His punishment is exile on a Pompilian spaceship – the galley of Guy Octavian Tumidus – as a slave. Tumidus controls many slaves who are all „living batteries“ and whose energy drives the galley services. Tumidus’s ship raids barbarian planets in order to abduct their inhabitants as slaves. On that planet, Luchano saves Tumidus’s life and helps him return to the galley.
On their way back to the civilized part of the Galaxy, a group of hydras (continuum fluctuations) attacks the spaceship. During the battle with hydras, a fragment of a continuum fluctuation penetrates Luchano’s body and mind. As a result, Luchano is endowed with some unusual gifts. He starts receiving visual and auditory information about past and future events.
Because Luchano saved his life, Tumidus changes Luchano’s slave status to „semilibertus“ – a half slave and half free-man…

The galley arrives on a civilized planet. Luchano participates in Pompilian TV shows and shares with the viewers the truth about himself and his life. Luchano, as part of his new status, also has to look after an athletic-looking imbecile who is a prisoner in the basement of the house where Luchano lives. Later on, the prisoner turns out to be a mutilated Antis.
(Antises can transform their material body into wavelike form and travel in space and hyper-space without spaceships or spacesuits. Antises have a very powerful energetic potential.)
A Pompilian noble woman named Julia is interested in using Luchano Borgotta’s unusual gifts for some secret psycho-research. She offers Luchano a contract and promises to help him become a free man. But a group of Vekhden’s terrorists kidnap Luchano, Julia, and two children, known as the twins-Gematers. After fascinating and dangerous adventures, Luchano learns the secret of the twins-Gematers: they were born as result of a genetic experiment and have specific „energetic“ abilities.
The terrorists‘ starship also comes across the hydras. Now the kidnappers and their hostages have to work together to survive. Their group lands on a planet and gets trapped by a local and maniacal sheriff. Luchano and the terrorists work together to escape from the planet.

Strange and complicated events happen with the mutilated Antis, who makes an unexpected appearance during the adventures. It is discovered that the Antis used to be the Leader of Antises in the Vekhden Empire. The Antis and the twins-Gematers grow close to Luchano due to his extraordinary gifts. Finally, Luchano helps the Antis return to his normal form and regain his abilities; the Gematers-twins find their father, the professor who experimented with interracial sexual liaisons. Then Luchano, Julia, and several of their new friends find a method to create collective Antises from ordinary people of different races. At the end, their discoveries make all of the people in the Galaxy potential Antises with the ability to live and travel as wavelike forms throughout the Universe.

THIRD TRILOGY – The Savages of Oikoumene