rights available: all except Japan, Turkey 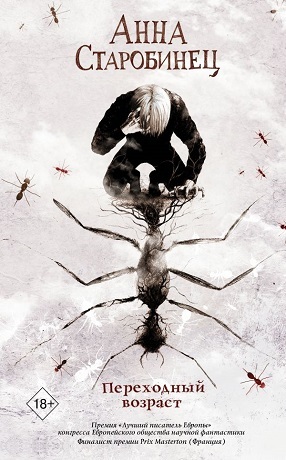 A boy turning into the anthill is the striking metaphor of the awkward age deve- loped in the head title. An ant-queen gets into his head through the ear when he is six and starts setting the ant colony inside his body, believing that such symbi- otic existence can open the new horizons for the ants. The story sounds in three authentic voices: the boy’s mother’s, his twin-sister’s and his own. The most stun- ning part of the novella is the boy’s diary. His voice, so touching in the first entries, little by little turns into the collective voice of the ants living inside him and making him obey their needs. Having started as a family story about a divorced mother with two kids who have to live through the awkward age, the narrative switches unexpectedly to a nearly Kafkaesque one.

Two lovers in the apocalyptic Moscow settings, neither of whom knows that they are both dead.

An agent working for a “coincidence management” agency, who turns out to be chasing himself.

A lonely guy who cherishes a saucepan forgotten in the fridge and thus turns it into a loveable monster.

A man traveling between two towns unable to figure out which one of them is real.

A child who kills his mother for not keeping the rules of his secret game.