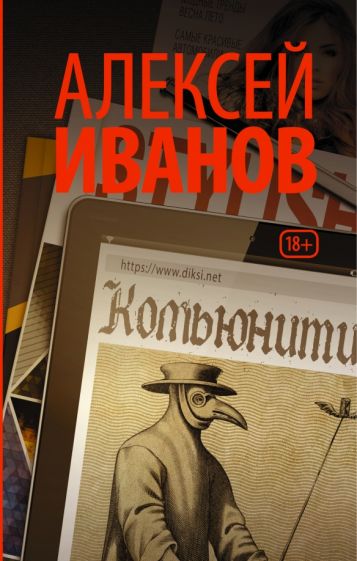 «The novel, equipped with demons and cenotaphs and a genre-sujet about the pest virus‘s invasion from online to offline, can actually also be read socially satirically – as a portrait of a Muscovite hipster …. along with a grandiose monstrous finale…»
LEV DANILKIN

Top manager Gleb is consequently realizing his dream of a premium life. A prestigi- ous and interesting job in a famous IT company, an apartment in Moscow, a good car, a coveted woman, the best brands. But then a co-owner of the company, a brilliant IT manager, dies. And with the appearance of his daughter, who has remained without inheritance, and a mysterious inscription on an ancient grave cross, which was disco- vered by accident, Gleb‘s contemplative life ends… And over the modern and see- mingly prosperous world of Moscow, a strange, but obvious veil is laying: the smell
of the plague. As rallies rally on the streets and citizens step on the barricades, the keyword plague, the Black Death, becomes increasingly popular in the virtual space of the agitated Internet portal. The members of the social community become more and more involved in a mysterious intellectual game, the more often they share links to the allegedly eradicated disease. And in the end, they become hostages in a com- pletely different, sinister deadly game.