rights available: all except World English 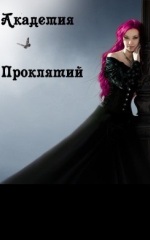 Settle back to enjoy a fast-paced drama, peppered with humor, set in a magical world full of Master Mages, struggling Adepts, rivalries, trolls, dragons, goblins, and other wizardry.

Laying a curse your own director comes at very high risk, especially using a tenth-level curse without knowing what the consequences might be. If you are a a green fresher at the Academy of Malediction like Deja Riatte and he is the most powerful lord in all the Dark Empire laying such curse may be an incredibly foolish thing to do.
But this is exactly what Adept Riatte does in a desperate attempt to avoid expulsion, inadvertently placing this curse upon the Lord Director himself, Master Rian T’er, which triggers a whole string of strange events into motion. Such a silly mistake can spark off a sequence of strange events.
Why are Master T’er and Lord Sheider Meros making strange advances to her? Is she responsible for lethal curses mysteriously affecting the locals in her town of Ardam? And adding to the chaos, a serial killer has also moved into the Borderlands – stalking only victims that look just like Deja – who is he?
If you could, in theory, escape the murderer, there was still no imaginable way to escape Master T’er! The Dark Lords always get what they want, in the end.

Never forget: „Do not marry your Principal!“ Especially if you are only one of the run-of-the-mill adepts at the Academy of Malediction. And definitely not if you have dared to carry out investigations off your own bat and he is a nephew of the Ruler of the Realm of Darkness. Deja Riatte does not have to face up to a battle with an ordinary mother-in-law, but instead with a monster. Nevertheless, there must be an explanation for the theft of the Ter family’s artefact. Deja must get to the bottom of the obscure connection between the theft and the punishment of the hapless house-maid. What does the plaque have to do with it, that was found next to the dead gnome? And above all: how can she stop the ceremony which she has already agreed to go through with? For the Lords of Darkness do not take kindly to being thwarted.